“When we are asleep in this world, we are awake in another” –  Salvador Dali

Dali was a Spanish Surrealist painter born in Figueres, Catalonia, Spain. Dalí was a skilled draftsman, best known for the striking and bizarre images in his work. The film starts with that quote from Dali and its use is apt for this film as we are about to venture into another world, a world of dreams, of the “surreal”, of magical realism…but wait, our first image in the film is of a buxom nurse, nothing surreal about her. Following the pretty ebony with a basketful of goodies for her children – her patients – her mad men, we enter the ward filled with the lot. Eventually she sits with one of them, a certain Mr. Richard (Chris Attoh in fake beards), he’s in character as a much older man. He’s scribbling what would perhaps be “his memoire”. With much interest from the Nurse, he begins to tell her his story.

Richard: “…My story begins from as early as my first memory as a child.”

We dissolve to see Richard in his teenage years as we make our adventure into the “magical world” of dreams for it all happens like a dream, but this is unlike any dream. The reality of this dream seems to be very accommodating -for Richard loves to dream. The reality of this dream is the evidence of a pretty little girl named Sylvia. Sylvia is the reason Richard loves to sleep at night. He dreams for her to live. The more he dreams of her, the more she becomes alive in his dream. We see them grow together to become adults, at this stage she has become as real as his tears. 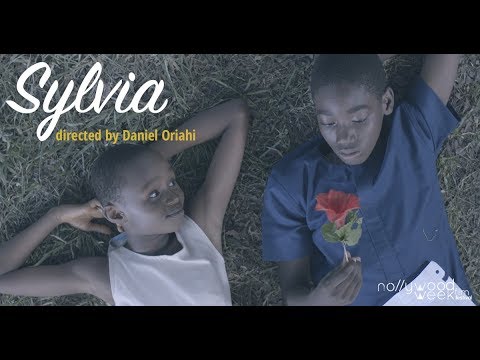 Lucid dreaming experts say is the ability to recognize the fact that you are in a dream. During this time, you’re able to realize that the nightmare isn’t real. It also helps you control the dream which allows you to turn a nightmare into a more neutral or pleasant scenario. Once you do that, you’re able to control what happens – you can fly, have sex, have flying sex, get rid of traffic in Lagos, win an AMVCA with your mediocre, defeat Anthony Joshua, end corruption in Nigeria, basically anything you want. Not surprisingly, it is something that many people strive for every night as in the case of Richard in the film. He keeps going back to find answers to his problems and live his fantasy. For him, these were no nightmares, it is his happy world with Sylvia, the only trusted person from his past. An escape from the harsh realities.

Experts observe that what might be happening is that increased dreaming fills in the gap for people who aren’t attached to anyone. That way, one ends up with a lot of activity at night, living their dreams in their dreams.

Richard fills the gap in his life with his dreams.  Richard is not an “eye-candy”, he appears shy, introverted and acts like a wuss. In a scene with his friend in a bar, Obaro (Udoka Oyeka) playfully suggests that Richard is gay.

Richard: why would you think that I’m gay?

Obaro: … is not like I have a thing against gay people…but ever since we were teenagers…come on…you’ve never really been interested in girls. 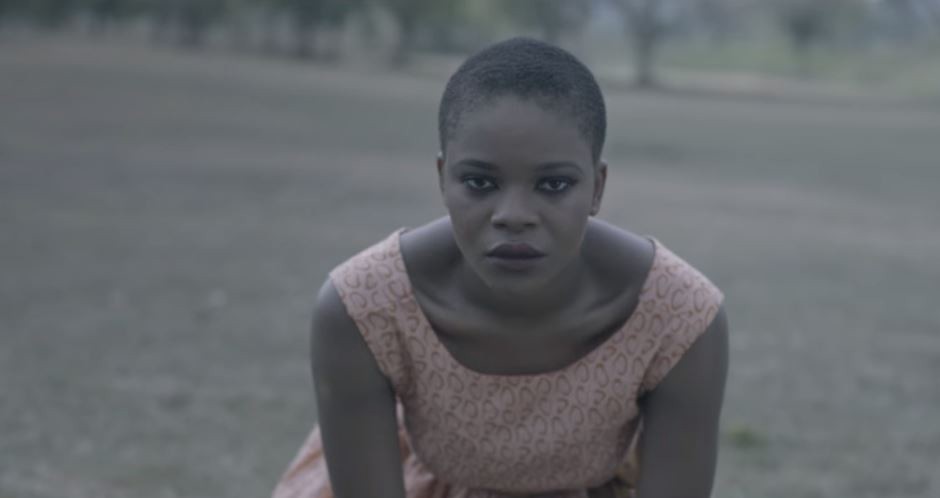 And the reason was obvious, Sylvia.

Richard doesn’t have much going on in his life. In his reality, he’s got a job and he’s good at it, his mother is dead, and Obaro is his only friend, until he meets his soon-to-be wife; Gbemisola (Ini Dima Okojie) who changes the course of action in our hero’s journey.

Sylvia’s appearance in Richard’s life is destiny, a curse he would have to carry on till death. Sylvia’s constant appearance in his dream can be likened to Succubus (a medieval legend), a demon in female form that appears in dreams in order to seduce men, usually through sexual activity. For Sylvia though, the filmmaker never suggests any sexual activity between them but the bond is strong, like a baby’s umbilical grip to its mother. Richard’s meeting with Gbemisola sets off some battle between his reality and his dreams. Gbemisola is his reality and Sylvia is faux. It’s the case of the dream getting jealous of one’s reality. Richard has triggered a shift in the usual setup of his dreams. He has a new earth lover and he must stop dreaming.

No more; and by a sleep to say

we end the heart ache and the thousand natural shocks

that flesh is heir to, ‘tis a consummation devoutly to be wish’d.

If Richard were Hamlet this soliloquy would have worked well for his state, for he chose to “dream” no more and what happens when you stop dreaming? The “realities” of your dreams begin to die, the memories of your dreams begin to die, then you begin to forget. Sylvia being a spirit being obviously envisioned this game change and she’s had a plan. So, Sylvia must complete her transfiguration to journey into the real world and be with her lover. Her dreams must come to pass, like a genie trapped in a lamp, Sylvia yarns to be free.

Experts believe that one of the main functions of dreams is to solidify memories and Sylvia has come to do just that, she’s no longer going to be buried as a memory but she must solidify the memory, since it is said that what happens in reality is much more significant than what happens in a dream. How does she do this? The film gives us a pattern, a motif, the flower motif – the “loyal” hibiscus. I call it “loyal” for as long as Richard had these flowers, he would remain loyal to her. He would remember and come back home to her. In one of my favourite scenes in the film, perhaps one of the best in recent Nigerian cinema, Richard comes to break the news to Sylvia he’s never coming to dreamland again. She pleads with him.

Sylvia: (offering him the flower) Please Richard, take it…

Sylvia: You have to…

Richard: No I don’t!

Sylvia: Please, take it…You don’t understand if you don’t take it…I might not be able to see you…

Richard doesn’t accept the flower she offers, he’s past that. He wants to start a new life and thus would begin a tale of his doom. His loyalty has been questioned and Sylvia sets the next brutal phase of her secret mission. I ask you, how does a hunter’s dog learn to hunt with his master? I ask you, what happens when a dog gets hungry for his master’s smell?

Richard’s end. He stopped dreaming. Sylvia is the dream and Richard has pissed her off. Experts say dreaming is crucial for the brain’s learning and memory processes. Poor dreaming, or damaged dreaming, is strongly linked to emotional disturbance to anxiety, depression, and to neurological disorders like Alzheimer’s disease (progressive mental deterioration that can occur in middle or old age, due to generalized degeneration of the brain) are associated with damaged dreaming.

Religious traditions hold that repeated sexual activity with a Succubus (as referenced earlier) may result in the deterioration of health or mental state, or even death.

How does this end? The film’s tempo rises. What would Sylvia do? Is this another happy ever/ never-after story? At the moment we see Sylvia in our world, we are reminded that dreams come true and some dreams come with harsh realities. Vanessa Kanu’s impeccable handwriting fueled with Daniel Oriahi’s creative juice pumped all through the third act, a detailed set of artistic cinematography, polished acting, and a fast hand at misdirection make the film’s denouement reminiscent of Thomas Kyd’s Spanish Tragedy. Sylvia has rubbed herself  out of the lamp, she’s here for revenge. “Sylvia is not real. It’s all a dream!” Richard would have said… “wake up Richard, wake up! It’s all a dream!” He would have gone on to hit himself with some punches and back slap.

In Richard’s case, he is back to where we started, in this mental institution, with these mad men and this pretty nurse telling her his story and like the rest of them he knows she wouldn’t believe his silly tale. To her he’s a murderer who had gone mad, killed his wife and best friend and blames “Sylvia”- the imaginary friend and lover. But if you’ve seen the film, you’d know that unlike our Chinese philosopher Zhuangzi, Richard is not a butterfly dreaming he’s a man. He’s a man waiting to wake up from this cursed dream named Sylvia.

Did you know? Sylvia means Spirit of The Wood. The dreamland is set on a backdrop of trees.

Did you know? Linda means Serpent. This is the name that Richard calls “Sylvia” instead of Cynthia (which also means moon Goddess). These names work well to contextualize Sylvia’s element.

The Good
The Bad